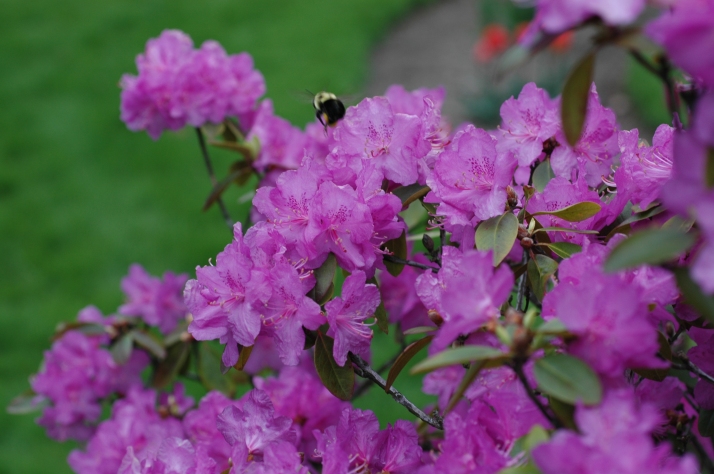 Today’s message from Mary is all about air or  oxygen. Mary wants you to know the  importance of air or oxygen or taking a breath.  There are so many benefits to it and doing it properly. From my training many years ago as an exercise instructor I learned the importance of  getting oxygen to the cells by breathing correctly. By getting lots of oxygen to your  cells you  prevent  all sorts of diseases like heart disease and  remove  all kinds of toxins from your body.  Unfortunately most of us don’t breathe deep enough we shallow breathe which doesn’t deliver  enough oxygen rich  blood to our body. I found the following article which explains the importance of breathing  and how to do it– way beyond anything I knew years ago as a exercise instructor. There were so many more benefits metaphysically too than I knew many years ago that proper breathing was delivering.

Believing Is Seeing . . . . And This Is According To Mary Magdalene (Lady Nada)!

Believe it or not an ATV just drove behind me

Ahhh…it’s big time fall in our neck of the woods right now. The leaves are changing and beginning to fall off of the trees.  You can smell fall in the air.  It’s apple picking time. It’s corn maze time.  The air temperature is great.

It’s that time of year when you know you only have a small window of opportunity to get out there and really enjoy the colours, the sounds, the smell of fall…so why would you want to ruin something like that?

Last weekend C and I went out to take it all in…we were not alone…there were other folks out enjoying nature as it was meant to be enjoyed…but there were also folks who had no problem ruining it for others, or even for themselves.

We noticed some people were not completely connecting with the experience by constantly checking their cell phones…or by wearing earbuds and listening to their ipod, or some other type of device.

There were people who decided that nature was great place to throw away a plastic bottle, wrapper, coffee cup, or drink can (or the one that got me the most was when people were kind enough to clean up after their dog, but then threw the bag into the woods). We noticed young children stomping on beautiful vegetation while their parents were ignoring them.  We noticed smokers (this is one I really don’t get…you’re out in nature breathing fresh air and what do you do…you decide to light up…it makes no sense to me).

And the big one that we ran into twice…while out embracing nature…while trying to connect to mother earth…at two separate locations we discovered people tearing up nature and polluting the fresh air driving all-terrain vehicles through or close to public walking trails.

…and this is according to Mary! 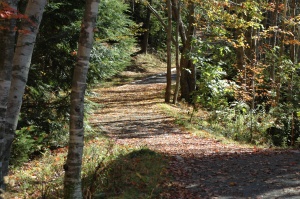 Yes, that’s right we breath in 23,000 breathes of air every day.  I haven’t counted them personally, but I did look it up online.  Imagine how many of those take place indoors.  In your home, in your apartment, in your car, in your office or place of employment, in your school, in a mall.  Just given the way we live our lives the answer has to be “the majority”.

So Mary wanted to remind us to embrace nature. She wants us to seek out those places where the air is as clean and clear as it can be.  Look for wide open spaces.  Look for wooded areas.  Any place where there is a lot of vegetation, or close to water.  Any place that has a natural filtration system.  Fill those lungs with the purity of fresh clean air.  Your body, your heart and your mind will thank you for it!

…And this is according to Mary! 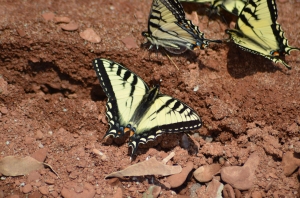 The nice thing about summer is that it is easier to get out and enjoy nature.  The weather is nicer, the days are longer, it’s easier to get around, and in general you just feel like you have more time.  But that’s not to say that life cannot get in the way. You tend to start summer with the best of intentions but next thing you know life is happening…you get busy…there is still stress…and you end up rushing around during the time of year you may enjoy the most.

In the latest message from Mary she wanted to remind us to take time to smell the roses…pet the butterflies…and just breathe. Taking time to stop what you are doing and concentrate on your breathing is very important.  It can reduce your stress level, help you connect more with nature and help ground you.  Ask any Yoga practitioner…they will tell you the benefits of breathing!

Mary showed me images of nature such as breathtaking mountains…a drop of water rippling through a still pond…the hills and valleys of life.  She wants us to take those moments and focus on the small things in nature…or the beauty of the grandeur of nature…she wants us to connect, she wants us to focus, and she wants us to breathe.

It’s a beautiful way to heal and put the challenges of life in perspective.

….and this is according to Mary!